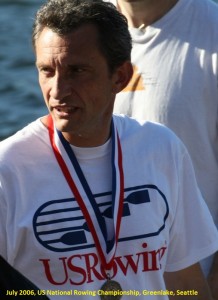 I first met Radu Codrescu (name changed for privacy reasons) in 2001 in Redmond, Washington, soon after I started my software developer job at Microsoft. Radu also worked for Microsoft, but we didn’t meet there. Some friends introduced us down an aisle at a grocery store. Radu was tall and athletic, a middle-aged man with graying hair and a smile that seemed to say that there was no problem in the world he couldn’t solve. At first I assumed that Radu had arrived in the U.S. the way I had, with an H1B work visa and a plane ticket from Romania bought by Microsoft. But soon I learned that his journey to the States had been a long and dangerous trek. In 2002, we sat down for a series of interviews about Radu’s past. By then, just one year into my career at Microsoft, I had started to explore journalism as a hobby. Radu and I continued our conversations in 2006 and in 2013.

The series that follows is based on those interviews. 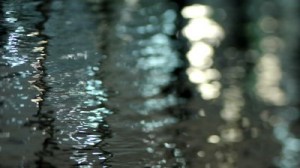 In 1982, Radu Codrescu was 20 years old, with his mandatory military service behind him and the rest of his life ahead of him. A life of few choices, as he had already learned. He longed to see the world, but the Romanian borders were closed to regular citizens. Privileged citizens who procured passports tended not to return from their trips abroad.

Together with Ionel, a buddy of his from the rowing team at Dinamo Bucharest Sports Club, Radu decided to flee the country that year. The two young men had heard stories of people crossing the Danube to Yugoslavia, another communist country, but one with more relaxed ties to the West, a country from which they could cross (legally or not) to Italy or Austria. While crossing to Yugoslavia didn’t seem too hard, crossing Yugoslavia to Italy or Austria (a journey at least 700 km long) wasn’t easy. Romanians had no money, so they needed to steal in order to eat, and hitchhike in order to get around. Based on those patterns, and with the help of their citizens, Yugoslavian authorities picked Romanian fugitives and sent them back home all the time.

Radu and Ionel chose Orşova as their crossing point, on the northern shore of the Danube. The forest there reached close to the waterline and the river was wide, but smooth as a lake. Scores of people had crossed through there—the story went—and the lack of news thereafter was good news. That meant that they had made it to the free world and wouldn’t contact their relatives back in the country in order to protect them from Romanian authorities.

Radu and Ionel were good rowers with no fear of water. They were strong and fit and could swim for hours. They arrived on the shores of the Danube, camped in the woods, and spent a couple of days learning the ways of the border patrol. They watched the soldiers—young men between 18 and 20 fulfilling their mandatory military service—and their dogs. It seemed an easy enough affair. Almost too easy. They chose a moonless night to cross.

What they didn’t know was that, on a calm summer night as that, the lights on the Yugoslavian shore drew straight white lines of reflection on the smooth surface of the Danube. Walking up and down the shore, a soldier on the Romanian side would see a uniform pattern of white lines drawn on the black face of the river, and all those lines were supposed to be straight. If one was crooked, it had to be somebody’s head sticking out of the water and crooking it. The only way for someone to cross the Danube without disturbing the reflection patters on the surface was to take long excursions underwater, get out for air, then dive back again.

They wore black t-shirts, shorts and swim fins, and each carried a plastic bag with a change of summer clothes.

“We crawled close to the shore and waited for the soldier to pass,” Radu said. “He had a dog with him, but the dog was friendly and never barked in our direction. The soldier passed and we came out of our hiding place. We reached the shore and slipped into the water. It was pitch-dark. We started swimming, without a sound.”

They were well in when night turned to day a couple hundred meters ahead of them. A boat floated in the middle of the river, its searchlights set on the surface of the water.

“The water was cold, but seeing those searchlights chilled me to the bone.”

They watched from the cover of the dark. Under the spotlights of the border patrol boat, a group of heads bobbed out of the water.

“There were people ahead of us, in the water, swimming. Then I saw a soldier with a harpoon in his hand. He took his time aiming, as if he were whaling, then he threw the harpoon at the people in the water. I heard cries of pain and cries of fear. I was shocked. It’s hard to explain how terrible it was to be there. That memory has never left me. The image of that soldier aiming, and the screams will be with me forever.”

If it hadn’t been for those people, it would’ve been them. Without a word, they dove under and swam back to the Romanian shore.

“I later learned about the common graves in that area of the Danube. The Romanians left the dead bodies in the water and the stream took them to the Yugoslavian shore, where villagers buried them in mass graves.”

Never to be heard of again. 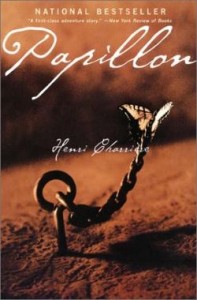 Fleeing the country soon became an obsession for Radu. He kept his ear open to people’s gossips about ways and places to try, kept up his skills and kept trying. One of his favorite books, to which he returned for encouragement after each failed attempt, was Papillon, Henri Charrière’s memoir about escaping from the penal colony of French Guiana in the 1930s and 40s.

“Year after year, I thought of nothing else but fleeing, and the longer I spent in the country, the more likely it became that I’d end up in prison or dead.” 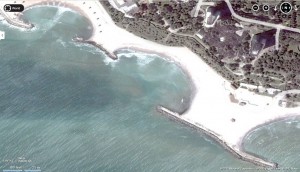 They were afraid of being heard, being seen or spotted on the radars. They waited in the dark and figured out the moving patterns of the vessels. The boats covered long distances, always in pairs, moving toward each other and passing each other. They waited and slipped through right after the boats moved away from each other. The dolphins followed...
Read More 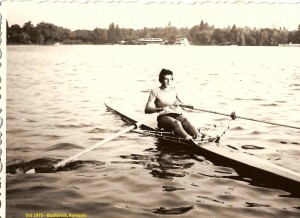 They didn’t know where they were, no shore, no light to guide them. The brine was cold, but not too cold on that August night, and it kept them afloat even though they had no lifejackets. Their muscles were weak from not standing up for days, their sense of direction gone inside the rollercoaster of that storm…
Read More 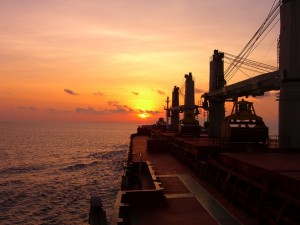 On the third day, the Romanian and the Bulgarian authorities reached a compromise: they were going to meet at the border, in Vama Veche, and make the exchange. A major and a lieutenant from the Romanian border patrol forces in Mangalia were waiting for them…
Read More 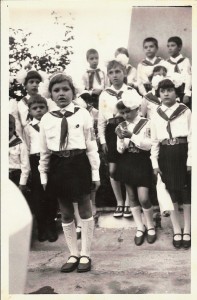 During the day, a handful of officers came to see the prisoners to their beds. They came close, checking their wounds, touching their swollen bodies. They asked the prisoners how they felt, but the men couldn’t answer. Their mouths were swollen shut, their throats crushed, their lungs barely took in air. The officers looked worried…
Read More 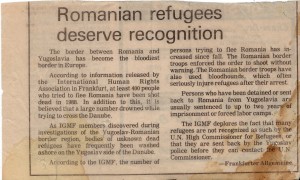 Our Borders: A Scrap of Evidence for the Genocide Story (1988)

When Radu Codrescu (name changed for privacy reasons), the protagonist of Our Borders, told me what he had seen at Orşova in 1982, he was a little concerned that people would not believe his story. Michael Domniței, who himself had done time for trying to flee Romania in the ‘80s, and who managed to cross the border in 1984, has kept all these years a newspaper clip…
Read More 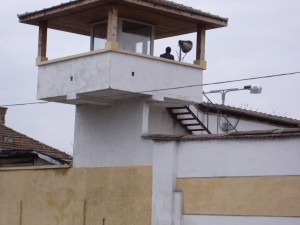 There were problems with that escape plan. One was that, if caught, they would’ve added another five years to their sentences. Another was that they didn’t have extra clothes to wear after they jumped out of the mixers. In fact, the matter of clean clothes became a huge problem even besides their jailbreak ideas…
Read More
We do not sell your information. We use cookies on our website to give you the most relevant experience by remembering your preferences and repeat visits. By clicking “Accept”, you consent to the use of ALL the cookies.
Cookie SettingsAccept
Manage consent

This website uses cookies to improve your experience while you navigate through the website. Out of these, the cookies that are categorized as necessary are stored on your browser as they are essential for the working of basic functionalities of the website. We also use third-party cookies that help us analyze and understand how you use this website. These cookies will be stored in your browser only with your consent. You also have the option to opt-out of these cookies. But opting out of some of these cookies may affect your browsing experience.
Necessary Always Enabled
Necessary cookies are absolutely essential for the website to function properly. This category only includes cookies that ensures basic functionalities and security features of the website. These cookies do not store any personal information.
Analytics
Analytical cookies are used to understand how visitors interact with the website. These cookies help provide information on metrics the number of visitors, bounce rate, traffic source, etc. If SiteKit is disabled, use this code in the window below (for the HEAD section): window.dataLayer = window.dataLayer || []; function gtag(){dataLayer.push(arguments);} gtag(\'js\', new Date()); gtag(\'config\', \'G-EEVCHDTL0N\');
SAVE & ACCEPT